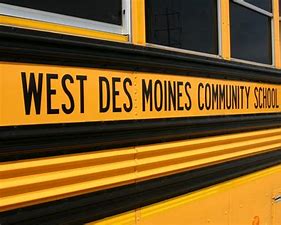 “We have used so many of the popular AV’s and flavors and found many to be bloatware which does very little and uses more than it should. Our old AV even slowed student machines and caused complaints. We were in search of one that had two simple requirements; Fast boot time, and low footprint on local resources. We finally found it… Read Case Study

We were introduced to ESET by BorderLAN Cyber Security just prior to making our test pilot. We are glad we found out about ESET, as it exceeded our requirements and impressed us further with their technical support and helpfulness. We receive periodic calls from BorderLAN to check up on our satisfaction, and are happy to report this was a tremendous success. We recommend BorderLAN and ESET.

We weren’t happy with what we had seen. We decided to conduct a test with three major Anti-Virus (AV) names to find out which could perform to our expectations and needs.

Our goal was to format multiple identical PC’s, and to load each with a different AV software. We would time the regular boot cycle, and evaluate boot resources, along with ongoing local resources to gauge the impact of each installation. To our surprise, ESET stood out with a noticeable 45 second faster boot than its competition.

Boot speed was important, but only part of the equation. The next test evaluated the resource usage of the AV systems in background / standby mode and in scan mode. Still ESET came out on top. Hands down, ESET not only used half of the resources of its competition, but also completed the scans faster.

Aside from speed and efficiency, scan technology was also a critical factor in our decision process. We found ESET to be very proactive in its signature update process for known threats. Moreover, ESET’s heuristics-based scan engine is able to identify threat variants that have morphed from their original known threat signatures. Given the dynamic nature of modern viruses, trojans, spyware, and malware, ESET with the most effective capability to combat zero-day threats, made our decision final.”

This website uses cookies to improve your experience while you navigate through the website. Out of these, the cookies that are categorized as necessary are stored on your browser as they are essential for the working of basic functionalities of the website. We also use third-party cookies that help us analyze and understand how you use this website. These cookies will be stored in your browser only with your consent. You also have the option to opt-out of these cookies. But opting out of some of these cookies may affect your browsing experience.
Necessary Always Enabled
Necessary cookies are absolutely essential for the website to function properly. This category only includes cookies that ensures basic functionalities and security features of the website. These cookies do not store any personal information.
Non-necessary
Any cookies that may not be particularly necessary for the website to function and is used specifically to collect user personal data via analytics, ads, other embedded contents are termed as non-necessary cookies. It is mandatory to procure user consent prior to running these cookies on your website.
SAVE & ACCEPT